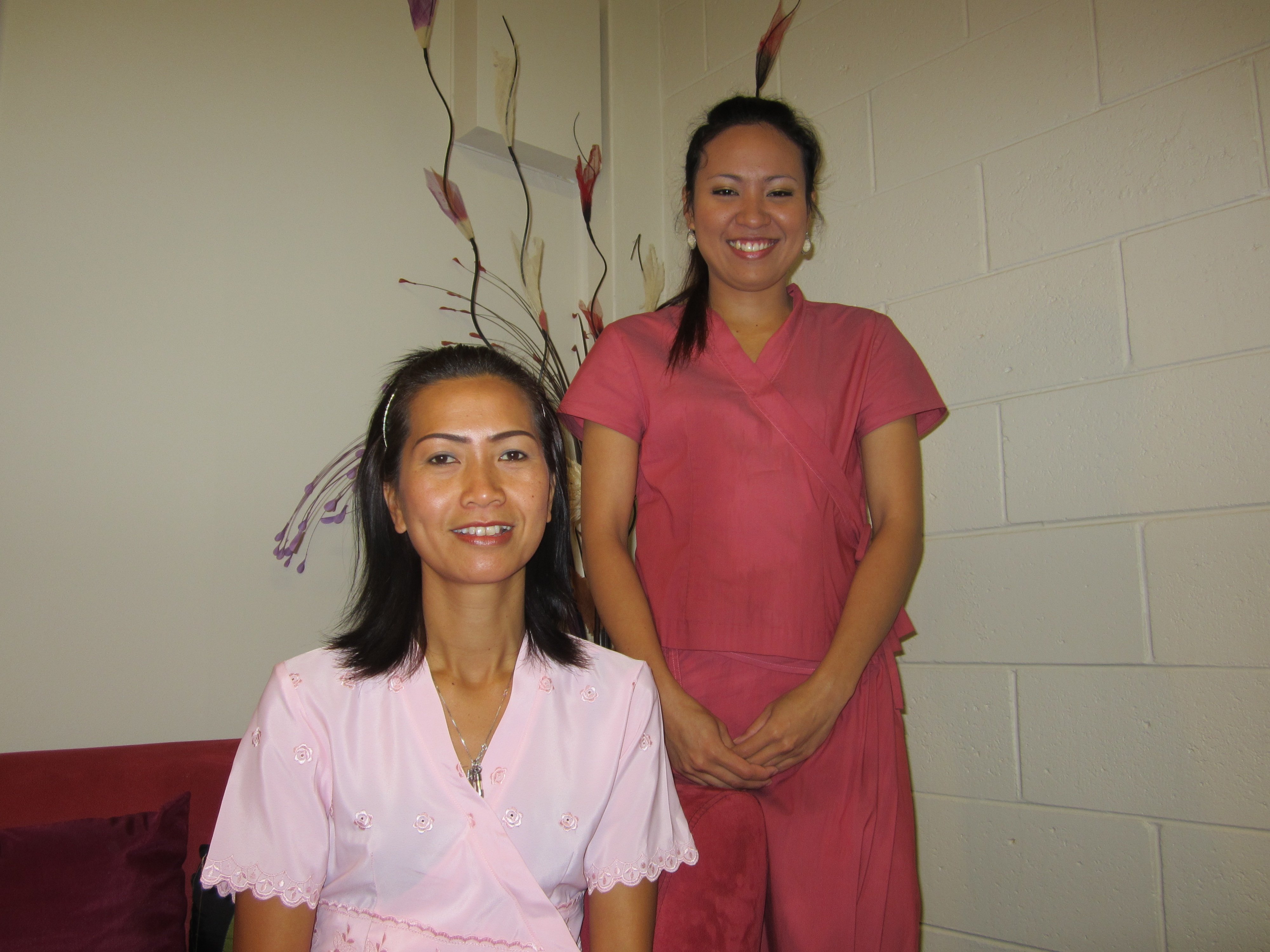 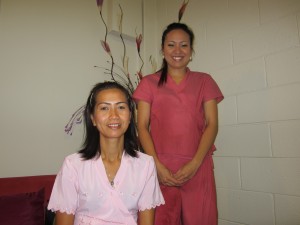 Maew and Ying, the therapist who developed “The Sirikaya Method”

With the studio growing and Maew ready to provide a higher level of service, the search for a new therapist began. Maew was clever enough to find Ying. She had great depth of experience and was instrumental in developing the style of massage that is today a trademark of SIRIKAYA. Ying understood the need for Kiwi’s to receive the benefits of Thai massage, and developed the Sirikaya method, that took traditional Thai massage and tweaked it a little to suit the Kiwi customer.

Even with Ying on board, the business grew slowly and Maew understood that the size of the business would always be limited by the number of staff, so she decided to recruit two more therapists.

It proved impossible to find these in New Zealand, so with the agreement of NZ Immigration she commenced her search in Thailand recruiting Jenny and Ta who are both still valued employees.

The business was not really big enough at that stage to support three staff members so Maew had the idea of running an online voucher campaign which was timed to commence with the arrival of the two new staff. The campaign was a fantastic success with over 300 massage vouchers sold in less than one day. Many of these customers remain with SIRIKAYA today.

It was a risky move, but it paid off. Sirikaya was now a growing business with both new and repeat clients. Exciting times!

aucklandnorthcotesirikayathai massage
About the author